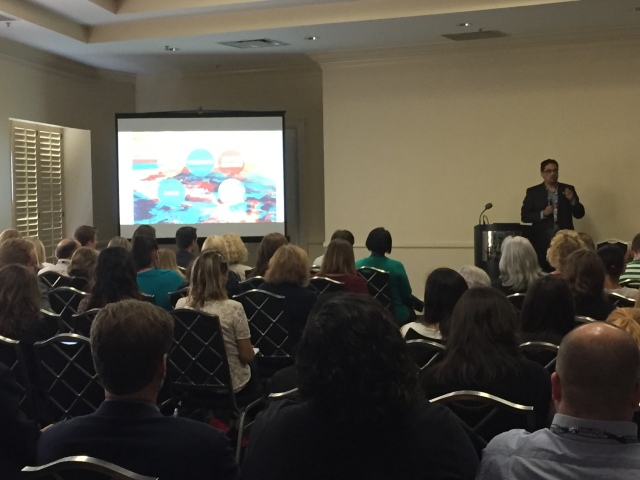 Reporters are not just writers anymore. They are photographers, videographers, graphic designers, etc. In this generation, they have to be everything…or so they thought. According to University of California Berkley professor Richard Koci Hernandez, reporters really don’t have to do it all. In fact, we all really need to let go of that burden.

Here are some of Hernandez’s best tips on why journalists truly don’t have to do it all:

The best story ideas are the most passionate ones

It may sound a little crazy at first, but the best reporting doesn’t come from someone who tries to do everything. It all starts with someone who has a great story idea.

It doesn’t matter that technology and social media are the way people read stories, because if the story itself isn’t good, people won’t share or read it anyway. People who are passionate about certain topics are going to be very knowledgeable about them. They’re the ones that have gone out of their way to do loads of research or will eventually.

Therefore, it only makes sense that the best journalism would, as Hernandez says, come from someone who is extremely passionate about what they are doing. When you focus on a story idea that you know so much about, it’ll encourage you to think of more creative ways to share it with the world, such as through videos, interactive maps, etc. It also means that there is no room for someone in journalism who isn’t passionate about what they’re doing because their story ideas simply won’t measure up to the ones that are.

You’re not broken, the business model is broken

Journalism is not about working for the so-called “best” media company and it doesn’t mean you aren’t successful just because you haven’t gotten there. The foundation of any multimedia, or any part of journalism for that matter, is writing.

Don’t think about what the story will look like six months from now because it will probably change by then. Focus on what the story looks like now and put everything you have into it. As Hernandez says, the web is a creative platform and not just a single canvas.

That means you can do anything with it and it’s up to the reporter decide which platforms or materials they should use to help their audiences dive deep into the story.

It’s impossible for reporters to reach everyone. Therefore, they shouldn’t be trying so hard to reach people that won’t pay any attention to the story.

The best way to spread a story is to know who to target. When reporters focus on who their story needs to reach specifically, it will do so much better because those people will be affected by it. If a reporter is able to inform a few instead of many, that’s fine because the point is that it reached the people that it matters the most to.